Great Lakes NeuroTechnologies is proud to present the webinar series, “Technology in Clinical Trials for Parkinson’s Disease”. This series is targeted to researchers, clinicians, and product developers who are designing and implementing clinical trials for Parkinson’s disease. Whether you’re designing trials for pharma or deep brain stimulation, our team of scientific investigators will be delivering a wide variety of topics to stimulate creativity and collaboration. Each monthly, 20-minute session will share methods, sample data, and analysis techniques that will drive insight and innovation for designing Parkinson’s trials and integrating automated technology. 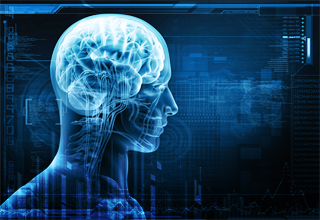 Parkinson’s disease commonly results in detrimental balance and gait impairment. While the use of deep brain stimulation is becoming increasingly prevalent for the management of upper extremity motor symptoms, DBS can have a delayed effect, up to three hours, on the lower extremities, gait, and balance. This makes it difficult to monitor or tune for these characteristics in the clinic. In collaboration with University Hospitals Case Medical Center and the University of Cincinnati, body worn motion sensors were used to evaluate the effects of turning DBS off over the course of three hours. To date, seven subjects with PD and implanted DBS systems completed the study. Subjects started the study off medication and with DBS on. Motion sensors were placed on the thighs and feet of patients, who then completed lower extremity tasks from the Unified Parkinson’s Disease Rating Scale (UPDRS) motor assessment with DBS on and at a series of time points up to three hours after turning off DBS. Clinician UPDRS evaluations were completed with DBS on and again three hours after DBS was turned off. Motion sensor evaluated gait impairment was not significantly different (p>0.05) from the corresponding clinician impairment evaluation. Additionally, the data showed a significant increase in gait impairment after three hours off DBS (p < 0.05) but not immediately after DBS was turned off (p > 0.1) nor one hour after DBS was off (p > 0.1). These results support the need for evaluation of gait impairment in patients with DBS outside of the clinic and suggest that the Kinesia system could be beneficial for longer-term monitoring of gait impairment.

Neurological conditions such as cerebral palsy, stroke, Parkinson’s disease, and spinal cord injury often result in abnormal muscle tone, which is a major impediment to functional use of the affected limbs. Treatments such as Botox injections and deep brain stimulation differ in effectiveness depending on the condition. As a result, the ability to quantitatively distinguish between different types of abnormal tone is important for determining the appropriate treatment.

MyoSense, a clinician worn device, is being developed to identify and quantify abnormal muscle tone. MyoSense is instrumented with force and velocity sensors to monitor changes in resistance to movement as the clinician moves the individual’s limb at different speeds. This will help clinicians quantitatively distinguish between speed based changes in muscle properties such as those that result from spasticity, and effects of other types of abnormal muscle tone such as rigidity and dystonia. This webinar will focus on MyoSense device design, results from evaluation of simulated types of abnormal tone, and preliminary clinical results.

Dyskinesia throughout the levodopa dose cycle has been previously measured in patients with Parkinson’s disease (PD) using a wrist-worn motion sensor during the stationary tasks of arms resting and extended. Quantifying dyskinesia during unconstrained activities poses a unique challenge since these involuntary movements are kinematically similar to voluntary movement. The objective of the current study was to determine the feasibility of using motion sensors to measure dyskinesia during activities of daily living. Fifteen PD subjects performed scripted activities of daily living while wearing motion sensors on bilateral hands, thighs, and ankles over the course of a levodopa dose cycle. Videos were scored by clinicians using the modified Abnormal Involuntary Movement Scale to rate dyskinesia severity in separate body regions, with the total score used as an overall measure. Kinematic features were extracted from the motion data and linear regression models were generated to output severity scores. Dyskinesia scores predicted by the model were highly correlated with clinician scores, demonstrating that a system with motion sensors may provide an accurate measure of overall dyskinesia that can be used to monitor patients as they complete typical activities, and thus provide insight on symptom fluctuation in the context of daily life.